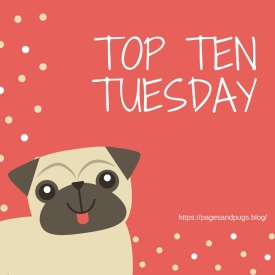 1.”Maybe thinking one person can show up and give you all you need is as much of a delusion as thinking you can find truth in a bottle. Maybe you can just find what you need in little pieces, in people who show up for one crucial moment-or a whole chain of them-even if they can’t solve it all.”
The Boy Most Likely To, Huntley Fitzpatrick

2. “They are beyond me, these humans. With their brief lives and their tiny dreams and their hopes that seem as fragile as glass. Until you see them by starlight, that is.”
Illuminae, Amie Kaufman & Jay Kristoff

3. “You make me crazy as a bag of cats, but if anything happens to you, I’m going to lose it.”
Never Fade, Alexandra Bracken

4. “In friendship we are all debtors. We all owe each other for a thousand small kindnesses, for little moments of grace in the chaos.”
The Start of Me and You, Emery Lord

5. “The secret to being an adult and knowing what you were doing just meant Googling the answer without asking anyone else first.”
Cherry, Lindsey Rosin

6. “If the whole of England was sinking into the sea and I had the only boat with a seat for a single person more, I’d save Percy. And if he’d already drowned, I probably wouldn’t save anyone.”
The Gentleman’s Guide to Vice and Virtue, Mackenzi Lee

7. “When I want to, I will, and the only thing that will stop me is if I don’t want to. That’s a kind of power, I think.”
A Quiet Kind of Thunder, Sara Barnard

8. “I think you gotta be who you want to be until you feel like you are whoever it is you’re trying to become. Sometimes half of doing something is pretending that you can.”
Dumplin’, Julie Murphy

9. “Tell me what part of me is stranger to you, and I”ll destroy that part of me.”
Quintana of Charyn, Melina Marchetta

10. “His feelings for Adam were an oil spill, he’d let them overflow and now there wasn’t a damn place in the ocean that wouldn’t catch fire if he dropped a match.”
The Raven King, Maggie Stiefvater