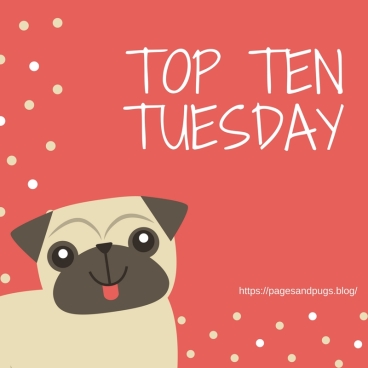 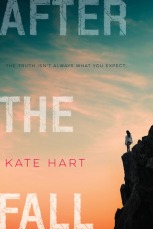 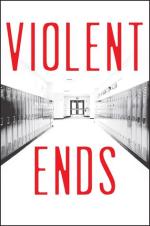 This book surprised me by completely switching the male protagonist on me. I expected it to be the same as in book 1 of the series, but the author changed things up. After rereading book 1 again, I can see how things had the potential to go this direction, but I honestly didn’t see it coming the first time around. But in the end, this was a great surprise.

2. After the Fall, by Kate Hart

I was really enjoying this one for awhile. Everyone was a jerk, but the writing was good and the story line was interesting. But about 2/3 of the way in, a major twist happened that changed everything in a way I just couldn’t get behind. I didn’t even truly finish it after that, just skimmed through to the end.

3. Anna and the French Kiss, by Stephanie Perkins

I really couldn’t stand the original cover (click through the link to Goodreads to see), and I still don’t like the title. I thought it was going to be stupid, so I didn’t read it for years. Eventually I looked at the amazing reviews and decided to try it for myself. It became one of my favorites and I’m now a huge fan of the author, who remains on my auto-buy list.

I tried this a few years ago and didn’t make it past ten pages. I just wasn’t into it, it wasn’t compelling, and I wasn’t even sure what was happening. After a few months, I tried it on audiobook and was hooked immediately. The twist halfway through was great, but even before that I loved it. The plot, the characters, the way EVERYTHING changes halfway through, and EVERYTHING you thought you knew was wrong…I couldn’t get enough.

5. Made You Up, Francesca Zappia

This book had gotten some pretty solid press before I read it so I was expecting it to be good, but I wasn’t expecting it to be THIS good! Another twist that shocked me, but beyond that an amazing look into the mind of a paranoid schizophrenic.

6. Once and for All, by Sarah Dessen

This one surprised me in both a good and bad way. I figured I’d love the current romantic interest and hate the past one, based on Sarah’s previous books and how it felt like the plot was playing out. But in the end, it was reversed. I was not charmed by the supposedly charming Ambrose, but couldn’t get enough of the flashbacks to Ethan. The reason Louna and Ethan’s relationship ended definitely shocked me in a bad way, but also a good way? Like, I hated what happened, but I was really glad it didn’t end for the reason I thought it would. This is getting confusing, so just go read it yourself. Only don’t blame me if it makes you cry.

7. The Whole Thing Together, by Ann Brashares

I had really high hopes for this one and ended up super disappointed. I read an excerpt and adored it so much that I preordered the book. But when it came and I read the whole thing…eh. I wasn’t loving it up until the THING happened, which just felt like a plot device TBH because there wasn’t enough drama already.

8. Trusting You and Other Lies, by Nicole Williams

Another one I thought I would love so much that I preordered, and was super disappointed by. Full disclosure, I ended up DNF this one because I was so bored. It’s possible it gets better further on, but I believe there are too many good books waiting to continue reading one I’m not enjoying.

This was in anthology told in 17 different voices, each voice by a different author. It was a super interesting concept about a school shooting, but it didn’t actually take place during the shooting. There were stories from before Kirby turned violent, stories from friends or people who never knew him, and even one told by the gun itself. Some of these POV’s worked for me, and some didn’t. I felt both good and bad surprise during this one, but it’s definitely worth reading.

This entire book was a great surprise. I had never heard of the book or author before I found it randomly one day perusing Goodreads (where I find most of my best books, honestly), and decided to try it. I was pretty immediately glad that I did. It wasn’t like anything else I’ve read before, and I can’t recommend it enough.

What books have you read that surprised you?