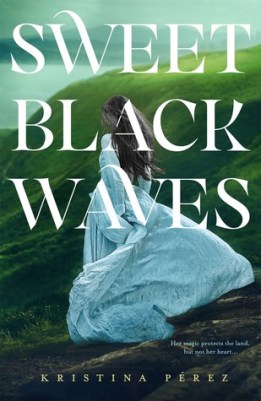 Not you without me, not me without you.

Two proud kingdoms stand on opposite shores, with only a bloody history between them.

As best friend and lady-in-waiting to the princess, Branwen is guided by two principles: devotion to her homeland and hatred for the raiders who killed her parents. When she unknowingly saves the life of her enemy, he awakens her ancient healing magic and opens her heart. Branwen begins to dream of peace, but the princess she serves is not so easily convinced. Fighting for what’s right, even as her powers grow beyond her control, will set Branwen against both her best friend and the only man she’s ever loved.

Inspired by the star-crossed tale of Tristan and Eseult, this is the story of the legend’s true heroine: Branwen. For fans of Graceling and The Mists of Avalon, this is the first book of a lush fantasy trilogy about warring countries, family secrets, and forbidden romance.

What I Liked: I know the legend of Tristan and Eseult fairly well, so I wasn’t sure how much this retelling would do for me. The answer? SO SO MUCH!

♥ Branwen. Often just a side character in the stories, Princess Eseult’s cousin and lady-in-waiting takes front and center in this book. And she was fantastic. She’s patient and kind, loyal, and loves her cousin beyond anyone else. She’s devoted to her country, and when she sees a chance to bring real peace to the people, she finds herself unable to just stand idly by.

♥ The Queen. Queen Eseult reminded me of Queen Catherine from Reign, played by the always impeccable Megan Follows.

Only, you know, nice

Queen Eseult treats Branwen as a second daughter. She always protects her and has raised her as one of her own after Branwen’s parents were killed when she was a child.  They’re very close, more so than the Queen and the princess, and have much more in common. Including…

The magic in this version of the story was just perfect. It didn’t overtake things, but there was enough that it didn’t come out of nowhere. In the interest of spoilers I won’t say much more, but I appreciated it’s existence.

♥ Tristan. Tristan isn’t up higher on this list because of The Thing, but he does still get to be on it for all of the parts before it. Kind, charming, and devastatingly handsome, he had me from his first appearance on the page. Before The Thing happens, he’s swoony and wants nothing more than [redacted] and to bring peace to their countries.

Different Tristan. But sort of the same Tristan?

♥ This Retelling. I love a good retelling, especially when it’s not Romeo & Juliet. This one turns the original on it’s ear by making the main character Branwen, who is usually relegated to a side character we don’t hear much from. Eseult is also different than I’ve previously seen her. Tristan remains a delicious cinnamon roll, though.

♥ The Pirates. Again, spoilers, but I really appreciate a pirate thrown into the mix now and then.

OMG it’s a pirate pug where do I find myself one of these?

♥ The ~secrets~. There are SO MANY and I can’t talk about MOST of them! The one you already know is the secret romance though, and that’s the best one. It’s swoony and forbidden and I was dying for more.

♥ The Research. There’s an author’s notes section at the back of the ARC that goes through name histories and changes, and it so warmed my little linguistics-loving heart. The author is clearly VERY well researched on this subject, and her historical knowledge shines both in the story and in her notes.

⊗ Essy. God, she was annoying. Whiny, bratty, and distinctly unprincess-like. Branwen does everything for her, sacrifices so much, and all Essy can ever talk about is how she can’t marry for love and it isn’t fair. And sure, it’s not, but you’ve known your ENTIRE LIFE that this was your destiny. Royalty did not get to choose their spouses back in the day, it was all about alliances and getting what you needed from another country. This is JUST THE WAY IT IS.

⊗ The Thing. I was hoping the whole time that The Thing wouldn’t happen, and then The Thing did happen, and it was even more heartbreaking and awful and terrible than I thought it would be.

⊗ The Ending WHY WOULD YOU DO THAT, WHY?

Final Thoughts: You guys, this was so, so good. Warring countries, magic, AND forbidden romance? HELL TO THE YES
Favorite Quotes: “Not me without you, not you without me.”
“Odai eti ama. I hate and I love.”
“He would die for Essy, Essy would die for Branwen, and Branwen would die for them both. The three of them were inextricably bound by the waves.”
All quotes are taken from an uncorrected proof of the book

My favorite tongue-tied nephew has turned 7 today and I just really don’t know how he is that old when just yesterday he was calling me from his crib after nap time. Happy birthday, my baby Dex! #dexteralfredbrady
Happiest birthday to my favorite 4-year-old, Waylen Heath! You never listen and you’re so bad but you are also so sweet and I love you to pieces. Happy birthday Papa!!
My laptop fritzed out before I could post my review of @etheom new book, Frightmares, OUT TODAY!! Cubert and I could not get enough of this one, it made my Fear Street-loving heart so happy.
It’s been about a week since we brought our new friend home. Beezy Bear loves everyone she meets and has fit right into the grumble.
I don’t know how many times I forgot I wasn’t reading a Nora Roberts novel during this one, and I can offer no higher compliment @christinalauren
Today we lost our sweet little Eska. She’s been through so much, illness after illness, since she was just a puppy. We found out last night that two of the discs in her spine had slipped and fused together, but she never told us she was in pain. But today, she let us know she was ready to go. I’m so glad her pain is gone, and over the rainbow bridge she can walk again, but we are heartbroken.
Join 1,543 other followers