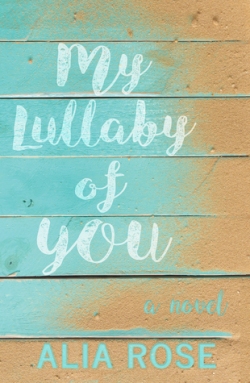 For fans of Jenny Han and Sarah Dessen, My Lullaby of You is a Young Adult Contemporary Romance about guarded love, complicated families, and the summer that changes everything.

AMY
It’s the summer after high school. Amy can’t wait to leave her small hometown in North Carolina for the vibrant city of Chicago, where she plans to go to her dream college and hopes to build a stronger relationship with her father.

But as she deals with her mother’s resentment over her leaving and an intriguing yet provoking college student, Amy’s reminded of things she’s tried to forget and forced to face emotions she never expected.

SETH
It’s the summer before the last year of music school. Seth would rather be anywhere else than a small beach town in North Carolina, reopening wounds he thought he’d patched long ago and facing the father he hasn’t seen since his mother’s death.

While on his mission for answers, Seth is drawn to an observant and driven local he can’t seem to figure out.

What I Liked: It’s a quick, easy read. Not a lot happens, but it’s a decent character story.

♥ The Multiple Narrators. I really love books that can pull off multiple narrators, and this one does. Both voices are clear and it’s never confusing who’s speaking.

♥ The Cover. Maybe it’s because I grew up on the east coast and spent summers going “down the shore”, but the boardwalk vibes of this cover are really doing something for me.

♥ The story lasts longer than just one summer. Now look, I adore a good summer book. Nothing is better than a contained time period with clear seasonal endings and beginnings. But there’s something to be said for moving past what you assume will be the meat of the story into what happens after, and that’s what this book does.

⊗ The Writing. It’s a debut, but unfortunately it reads like one. The writing is a little clunky and simplistic, and could certainly benefit from some tightening up.

⊗ The big connection. I don’t want to say too much due to spoilers, but something about this piece didn’t sit totally right with me.

⊗ The music career. There are some books where you totally buy someone young getting a record deal quickly, and there are some where you just….don’t.

Final Thoughts: This is not a bad book, but it’s just not for me. The story isn’t bad, but the writing is too simplistic. I felt sort of like I was reading an initial submission, not a finished product.