This week’s topic: Top Ten Favorite Novellas/Short Stories. I don’t read a lot of short stories in general, but I will read novellas in connection to a series I enjoy. They’re not usually mandatory reading, but they’re often told from a different character’s POV, or are a prequel, or there’s something else different and fun about them. I find them more in fantasy and paranormal genres than contemporary, but really they can be anywhere. 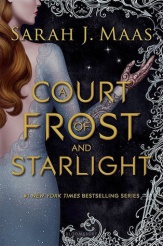 1.The Assassin’s Blade, by Sarah J. Maas. Potentially my favorite collection of novellas ever. All bound together, they add up to 448 pages in one book and follow one another in chronological order, forming an entire prequel novel to Throne of Glass. I was late to game on this series, so by the time I read it both the novellas and the first few books had been released and I was advised by other readers to read the novellas first. MAN I can’t imagine having read it any other way! I mean, not having the background on *Sam* alone…

2. Through the Dark/Liam’s Story, by Alexandra Bracken. Close second for favorite novella collection. I really love when they’re bound together into hard copy. Through the Dark features one novella set after each full length novel, each during times the books didn’t cover. Liam’s Story comes directly after the 1.5 novella, and is sent to you when you sign up for Alexandra’s newsletter. It’s less than 50 pages, but try telling me it doesn’t make you want to cry.

3. Fairest, by Marissa Meyer. This one is fairly long at over 200 pages, but it’s a really good prequel. Queen Levana is the literal worst in the Lunar Chronicles, and this novella helped us to (sort of) understand how she came to be that way. She’s still the literal worst though.

4. Just One Night, by Gayle Forman. This FAR TOO SHORT novella comes after Just One Day and Just One Year, and if you’ve read them you’ll know that they oh-so-frustratingly both end at the exact same moment, leaving you to wonder what happens next. This isn’t enough, but there’s more kissing and I still hold out a secret hope that a third novel will magically appear one day.

5. A Court of Frost and Starlight, by Sarah J. Maas. *whispers* I haven’t actually read this one yet. I want to reread the trilogy first and haven’t had the time so I’ve been putting it off. But I have only faith in Sarah, so I know how good it will be. 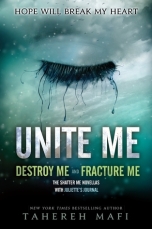 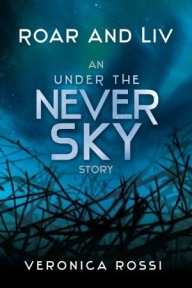 6. The Crown & the Arrow/The Mirror & the Maze, by Renee Ahdieh. These are both super short, under 20 pages each, but welcome snippets into the world of The Wrath & the Dawn which are books I so adored.

7. Voice of Gods, by Eleanor Herman. This is a prequel novella to the Blood of Gods and Royals series. about 120 pages. I haven’t read any of the actual series yet, but I LOVED the novella so much. The characters were well developed, the story spanned years, there were crazy twists and turns, so much magic, and so much fun if you enjoy mythology.

8. Unite Me, by Tahereh Mafi. This bind-up of Destroy Me and Fracture Me from the Shatter Me series are from Warner and Adam’s POV’s, respectively. I got tired of the series by halfway through book two, but they’re so pretty. And I actually did really like the novellas, particularly Warner’s.

9. Uncharted, by Tracey Garvis Graves. On the Island is one my most favorite books, and Uncharted is one of my most favorite novellas. It’s by a character you’ve never even met before, and it answers so many questions you didn’t even know you had, and one BIG one that you did–who the hell was Bones?

10. Roar and Liv/Brooke, by Veronica Rossi. Both way too short, but such good novellas about non-main characters from the Under the Never Sky series. Roar especially gives you great insight into not only Liv, but Perry as well.

Well guys, that’s my top ten for the week! Do you read novellas or do you totally skip them? What about short fiction? I’ve never gotten into that much, but I’ve read a few anthologies, and I guess that might count?