Have a Little Faith in Me
by Sonia Hartl

“Saved!” meets To All the Boys I’ve Loved Before in this laugh-out-loud romantic comedy that takes a meaningful look at consent and what it means to give it.

When CeCe’s born-again ex-boyfriend dumps her after they have sex, she follows him to Jesus camp in order to win him back. Problem: She knows nothing about Jesus. But her best friend Paul does. He accompanies CeCe to camp, and the plan—God’s or CeCe’s—goes immediately awry when her ex shows up with a new girlfriend, a True Believer at that.

Scrambling to save face, CeCe ropes Paul into faking a relationship. But as deceptions stack up, she questions whether her ex is really the nice guy he seemed. And what about her strange new feelings for Paul—is this love, lust, or an illusion born of heartbreak? To figure it out, she’ll have to confront the reasons she chased her ex to camp in the first place, including the truth about the night she lost her virginity. 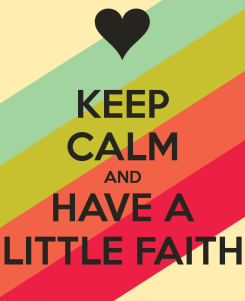 SO you guys might remember that a few weeks ago I already reviewed this book (it got a firm ten thousand out of five stars from me), which you can check out here if you didn’t see if yet. I had signed up for this tour long ago, but I couldn’t resist jumping in to review this book that I loved so much and hold so dearly to my heart!

But now I’m back with my tour post, and this time I’ve got an interview with the AUTHOR for you!! Being able to speak with her about this book that meant SO much to me was an absolute dream, and I hope my questions give you answers to things you wanted to know, too!

So without further ado…

As a teen, I was part of a similar group, though not religious in nature. But when I was doing research, I found the situation I’d grown up in and those of church camps to be so similar that I mostly just drew on my own experiences. I haven’t forgotten what it feels like to be tricked into confessing my darkest moments under the guise of receiving unconditional love for coming clean, and then having it used against me. I haven’t forgotten the way it felt to be put in a position to feel ashamed of my body before I was old enough to understand the ways I was being manipulated to fit an agenda. Those feelings and experiences I had as a teen carried over to the fictional camp I created.

I didn’t worry, mainly because I knew the kind of care I took with his character. To write a truly nuanced story involving a topic as delicate as religion, I wanted to make sure I had characters who weren’t religious at all, those who were deeply religious, and in Paul, I had a character who was formerly religious, but had lost his faith. His lack of faith and the way he engages and sometimes lashes out at it is rooted in deep hurt over what his father had done to his family. I personally feel it’s not without reason. But if it does end up alienating some readers, they are well within their right to dislike Paul and who he is in the story. Similar to religion, reading is subjective and personal. I’m happy with the way I handled his character, but I don’t expect or need everyone to feel the same way.

CeCe was definitely my favorite character to write, which is good, because I was inside her head. I really loved diving deep into all the things that made her tick. She is messy, but she learns. She’s insecure, but she finds her confidence. She’s impulsive, but she takes responsibility when she screws up. She’s vulnerable, and she learns how to embrace it and become empowered by all the things that used to hold her back. She’s one of the most complex characters I’ve ever written, and had such a satisfying arc, that she was a complete joy to write. Plus, I really loved creating the dynamic she had with Paul and the cabin eight girls, and the ways they gave to each other and all grew because of it.

This was the scene that took me the longest to write, and which I spent quite a bit of time revising, because it was so wholly important for me to get it right. It was the beginning of CeCe internalizing what consent means. It was the first time she understood that she hadn’t been treated right, and it propelled her to find the courage to see Ethan for who he really was, even when it tore down the illusion she’d built around this ‘nice guy’. I tapped into every single one of my insecurities as a teen for that part, every single time I’d been made to feel lesser and empty and didn’t know why. It was a really tough scene for me to write, but one I felt was so necessary to begin a more complex and honest conversation around sex and consent.

I’d definitely say that was my experience as well. I’m not exactly sure when or how I learned it, but it didn’t happen all at once. It was more something that came to me in pieces over time as I had distance from the times before that had made me feel terrible. Being able to step back and evaluate why I felt that way helped me see why being pushed or not having any communication didn’t feel right.

My (still untitled) second book is coming out Fall 2020 with Page Street and it’s another stand alone romcom about YouTuber Macy Evans, who is doxed after the woman sitting behind her at a baseball game tweets about her supposed romance with a boy she stumbled into, vaulting her into a whirlwind fake relationship and driving a wedge between her and the quiet, small-town boy she really likes.

I’ve considered writing all the cabin eight girls their own book, but I’m not sure if that’s something I still want to do. I’d definitely consider a bonus short story in the future though, maybe a pre-order incentive for Book 2, or maybe just as a thank you to readers. I’m open to possibly exploring that world again though (there was a time I had a lovely vision for a story about Mandy and one of Paul’s brothers)

Sonia, thank you SO much for answering all my rambling questions! If you guys haven’t already preordered her book, use any of the links below to order one today, or keep scrolling for the chance to win a finished copy in the giveaway!!

Sonia Hartl is a YA author who calls Michigan home, even though she’s lived in several different states. Her debut novel, HAVE A LITTLE FAITH IN ME is forthcoming from Page Street Publishing. When she’s not writing or reading, she’s enjoying pub trivia, marathoning Disney movies, or taking a walk outside in the fall. She’s a member of SCBWI and the communications director for Pitch Wars. She has been published in The Writers Post Journal and Boston Literary Magazine. She lives in Grand Rapids with her husband and two daughters.

Make sure you’re following along with the rest of the tour! You can find the full schedule here.

Prize: Win a finished copy of HAVE A LITTLE FAITH IN ME by Sonia Hartl!
(US Only)