Sam Jones and Zoe Miller have one thing in common: they both want an escape from reality. Loner Sam flies under the radar at school and walks on eggshells at home to manage her mom’s obsessive-compulsive disorder, wondering how she can ever leave to pursue her dream of studying aerospace engineering. Popular, people-pleasing Zoe puts up walls so no one can see her true self: the girl who was abandoned as an infant, whose adoptive mother has cancer, and whose disabled brother is being sent away to live in a facility. When an unexpected encounter results in the girls’ exchanging phone numbers, they forge a connection through text messages that expands into a private universe they call Starworld. In Starworld, they find hilarious adventures, kindness and understanding, and the magic of being seen for who they really are. But when Sam’s feelings for Zoe turn into something more, will the universe they’ve built survive the inevitable explosion?

In a novel in two voices, a popular teen and an artistic loner forge an unlikely bond — and create an entire universe — via texts. But how long before the real world invades Starworld?


An unlikely friendship blossoms between two high school seniors…in the deft hands of co-authors Coulthurst (Inkmistress, 2018, etc.) and Garner (Relative Strangers, 2018, etc.), the well-realized main characters and deeply insightful descriptions of complex emotions combine into an unusually thoughtful novel…Readers seeking characters facing challenges with honesty, bravery, and kindness will appreciate this book with its reminder that our outward lives often don’t reflect who we really are. ―Kirkus Reviews 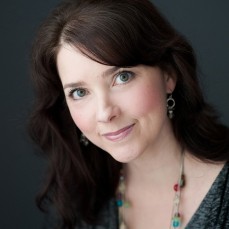 Paula Garner spends most of her time writing, reading, or making good things to eat and drink. She is the author of YA contemporary novels Starworld, Relative Strangers, and Phantom Limbs, which was a 2017 Illinois Reads selection for grades 9-12. Follow her on Twitter at @paulajgarner.

Audrey Coulthurst writes YA books that tend to involve magic, horses, and kissing the wrong people. When she’s not dreaming up new stories, she can usually be found painting, singing, or on the back of a horse.

Audrey has a Master’s in Writing from Portland State University and studied with Malinda Lo as a 2013 Lambda Literary Foundation Fellow. She lives in Santa Monica, California.

3 Winners will receive a Copy of STARWORLD by Audrey Coulthurst and Paula Garner. Giveaway is open to International. | Must be 13+ to Enter
CLICK HERE!

I swivel around on my stool only to be shocked immobile by the girl standing in front of me. Her wavy dark-brown hair cascades over a sweater the color of seafoam, and a little star pendant rests between her collarbones.

Unfortunately, there are no nearby supply closets in which to hide from the inevitable shame I’m about to bring upon myself if I try to respond. With my brain short circuiting as I try to determine why she’s talking to me, my eyes drift slowly down until I’m staring her right in the high beams. And when I realize what I’m doing, heat rises into my cheeks until I’m sure they’re a shade best used to paint the ass of a ﬁre truck.

I force myself to meet her gaze, staring back with the poleaxed expression of a dead ﬁsh. Her eyes are an impossible shade between green and blue, dark around the edges and fading into a hint of unexpected bronze near the pupils.

It seems highly unlikely that Zoe would know my name. This is the girl with a transcendent voice who made half the assembly cry with a song from Les Mis in middle school, the girl pretty enough to coast on her looks but whose name regularly appears on the high honor roll, the girl at least half the school worships from afar. Thankfully, unlike those dickhats, I’m immune to the senseless adulation of beautiful people — largely because, with the exception of my best friend, Will, I mostly like to pretend other humans don’t exist.

“This landscape is so surreal,” she says, pointing to a ﬁnished canvas, seemingly not bothered by my corpselike response.

“Is there any chance you’d consider letting me borrow the landscape? I’m helping with the set design for this year’s play.” She tosses her dark hair over her shoulder, and a wave of subtle perfume hits me. It may be a rainy fall day in Portland, but the girl smells like pure summer—sunshine and citrus and verdant things.

“I don’t know,” I mumble. Something on display means visibility — the last thing I want this close to freedom. It’s ﬁnally senior year, and I’m certain my goal of never gracing the pages of the yearbook is within reach.

She nods, but I can tell she’s disappointed. “Would you at least think about it?” She gives me a smile that makes me feel like my stomach is full of rocket fuel and I just swallowed a match. “Can I give you my number, and you can let me know if you change your mind?”

I pull my phone out of my messenger bag and hand it to Zoe, wondering how I fell into this alternate reality. Five minutes ago, this girl giving me her phone number was as improbable as Pegasus ﬂying me to the moon.